Skip to content
Posted in Uncategorized By MIOHPosted on November 1, 2019November 2, 2019

A few weeks ago, I gifted myself with a trip to Fiji for training in Life and Wealth Mastery through the Tony Robbins foundation. I didn’t know what to expect, so I went with an open mind; yet I had a battle inside of my head…a voice of self-doubt and fear.

The first day of the training we had the challenge of climbing a 55 foot telephone pole, standing on top without holding on to the harness or rope, and then jumping off. Some people chose not to climb, where the majority of us did.

For several weeks prior, thoughts of what if raced through my head, all related to self-doubt. Once I arrived I realized that I was among the 3% of the attendees over 60; hence, I began to question myself even more as to whether I could successfully climb the pole and jump off. The what ifs took over…What if…I’m not strong enough… I can’t make to the top…I need help…I get scared and give up…What if I get hurt…What if others judge me….? So many what ifs were flooding my mind. (It surprised me later to find out that others had similar thoughts.)

The battles in my head began to quiet down as I kept telling myself that I’m going to do it anyway and I’ll love the experience no matter what. I truly had to fake that belief until all of a sudden…I made it

I chose to face the self-doubt and fears by gathering the courage to move beyond it; and just trust. I realized that if I had allowed the fears to get in my way, I’d be giving up on my self and always feel that regret. I also realized that if I didn’t push though it now and just made excuses, then what other things might I give up on in the future? 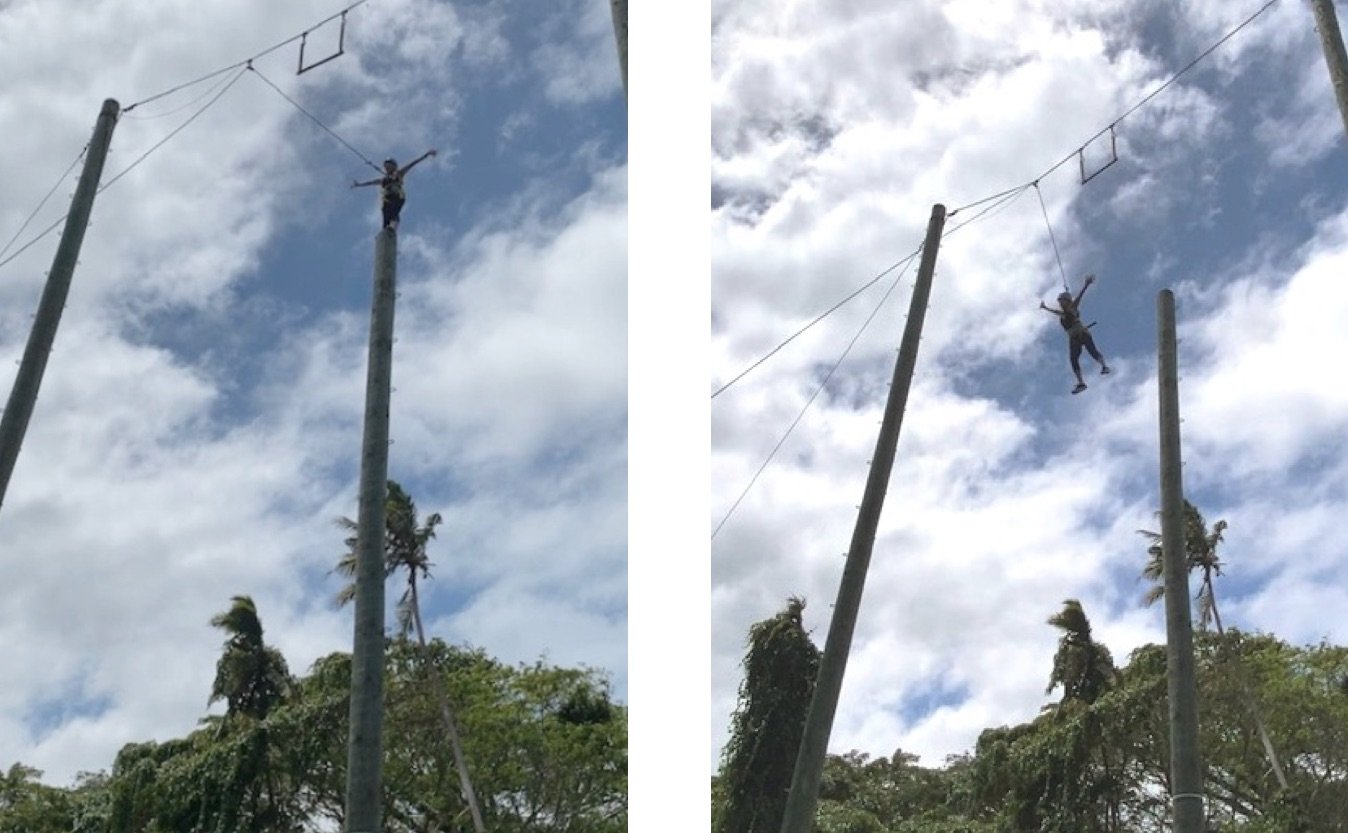 Here are some pictures of me standing and jumping off a 55-foot telephone pole!

That experience taught me to embrace limiting beliefs, knowing that they were all made up in my mind by the story’s I told myself. I pushed though it and by doing so I became the Hero of My Story. How are you planning to be the hero of yours?

Be the Hero of Your Story